The first issue of the magazine “Japanese Philosophy” (Showado) was published in November 2000. The intent is succinctly expressed in the following words from the first issue’s “Editorial Postscript”:

For a long time, we have not faced the importance of Japanese philosophy seriously. However, in order for thought to gain independence and the power to open up new perspectives, it is necessary to look not only to the outside but also to the foundations of our own speculation. This does not mean, of course, limiting our gaze to our interiority. Rather, we believe that it is the dialogue that emerges from the difference in perspectives that is necessary. It is through such dialogue that thought can truly become creative. It is with this intention that we have decided to launch this first issue of Japanese Philosophy.

For an index of the older issues, visit HERE. 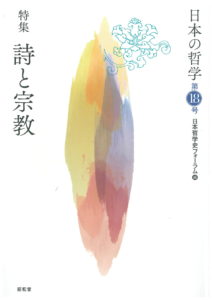